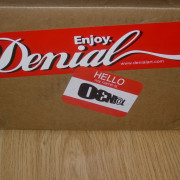 How is it that, at a time of unprecedented human knowledge human beings still say and do things that seem….well, stupid? Why is it that some forms of knowledge are so inconvenient that they can only be resisted or actively denied? What does it mean to be ignorant at a time of abundant ways of knowing better?

I began to think of these questions during my PhD research on the global extreme metal music scene. I was struck by how some metalheads that ‘knew better’ nevertheless seemed to act in deliberately ignorant – or sometimes racist, sexist and homophobic – ways. I developed the concept of ‘reflexive anti-reflexivity’ to highlight the ‘smart’ ways in which some metal scene members resisted knowledge. Sometimes, this practice could be a source of play and humour.

Over time, I started to become interested in similar phenomena beyond metal and, in particular, how organised forms of ‘denialism’ resisted scholarly consensuses on the Holocaust, climate change and more. I remain impressed, as well as horrified, by the artful creativity of denialism and denial. In an age of knowledge, denial, ignorance and stupidity can be carefully constructed ‘accomplishments’ rather than failures to be smart.

Scroll down for details of my book on denial and keep scrolling for my other writings, talks and other presentations on this theme. 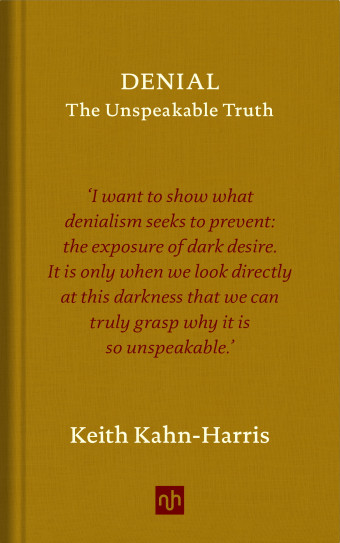 The Holocaust never happened. The planet isn’t warming. Vaccines cause autism. There is no such thing as AIDS. The Earth is flat.

Denialism comes in many forms, dressed in the garb of research proudly claiming to represent the best traditions of scholarship. Its influence is insidious, its techniques are pernicious. Climate change denialists have built well-funded institutions and lobbying groups to counter action against global warming. Holocaust deniers have harried historians and abused survivors. AIDS denialists have prevented treatment programmes in Africa.

All this is bad enough, but what if, as Keith Kahn-Harris asks, it actually cloaks much darker, unspeakable, desires? If denialists could speak from the heart, what would we hear?

Kahn-Harris sets out not just to unpick denialists’ arguments, but to investigate what lies behind them. The conclusions he reaches are disturbing and uncomfortable:

Denialism has paved the way for the recent emergence of what the author tems ‘post-denialism’; a key component of the ‘post-truth’ world. Donald Trump’s lack of concern with truth represents both denialism’s final victory and the final collapse of its claims to scholarly legitimacy.

How should we adapt to the post-denialist era? Keith Kahn-Harris argues that there is now no alternative to enabling denialists and post-denialists to openly express the dark desires that they have sought to hide. This is a horrifying prospect, but perhaps if we accept the fact of ‘moral diversity’ and air these differences in the open, we might be able to make new and better arguments against the denialists’ hidden agendas.

View a preview of the book here.

An elegant exploration of how frail certainties really are, and how fragile truth is. While Kahn-Harris offers no easy answers in how to deal with ‘post-truth’, he does inspire you to act

Peter Pomerantsev, Author - 'This Is Not Propaganda: Adventures in the War Against Reality'

Writings, talks and videos relating to Denial, Ignorance and Stupidity

From lockdown to Lebedev, Boris Johnson’s party addiction tells us everything

It's about privilege and power, not just pleasure.

Invasion is an act of commitment. To send troops in, to kill, to seek to dominate, is to rule out alternative courses of action, perhaps forever.

From Corbynite purity to Starmerite self-flagellation, the left is based on a denial of its own humanity – of fun.

Accused by the video behemoth of spreading misinformation, KEITH KAHN-HARRIS conducted an
experiment in an effort to understand how the social media platform polices its content

Interview with Radio Free Humanity on denialism and post-denialism

The End of Denialism?

Skeptics in the Pub Online

Speaking of the Holocaust: From Silence to Knowledge and Back Again

Albert Friedlander's writings were part of a generational struggle to find a language in which to speak of the experience of the Holocaust. This struggle was, in part, a response to the ‘unspeakability’ of the Holocaust, the silence and denial of its perpetrators. As such, in the postwar period, the perpetrators of the Holocaust also struggled to find the words to speak of what they had done. This short article goes on to speculate on the implications of the unspeakability of the Holocaust and other genocides. It suggests that this unspeakability is beginning to break down as desires are spoken of more openly. As such, it is possible that current and future generations will have to embark on a different struggle to that of Albert Friedlander. While he could count on an assumed moral consensus that the Holocaust was wrong, current and future generations may no longer be able to rely on this assumption.

In spite of populist Brexiteer promises, science and the state still rule in Britain

The UK government’s approach to the pandemic has been poor, but the bridgehead has not yet been built to the destructive mania of Trumpian conservativism

Anthea Turner: Her part in the slave trade

Cui Bono? No One

The Dangers of Denialism

The Age of Denial

Interviewed by Isabel Hardman for several episodes of this series

Panellist: Is humanity in denial?

On Denial, Conspiracy and Post-Truth with Keith Kahn-Harris

Panellist: Challenging Denial: from Slavery to the Holocaust

The Pears Institute for the Study of Antisemitism, Birkbeck College

Denialism: What drives people to reject the truth

Why so many people practice ‘denialism’

Living in Denial: A 21st-Century Story

Denialism: what drives people to reject the truth?

From vaccines to climate change to genocide, a new age of denialism is upon us. Why have we failed to understand it? By Keith Kahn-Harris

Denialism, Post-Denialism and the Boundaries of the Speakable

University of Cambridge Centre for Research in the Arts, Humanities and Social Sciences 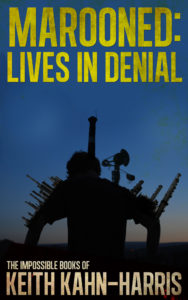 Climate change, AIDS, GM foods – all have their detractors. But when does disbelief become dogma? Keith Kahn-Harris explores the cult of denialism

How to talk about things we know nothing about

The seductions of denial