Religion and Popular Music in Europe: New Expressions of Sacred and Secular Identity 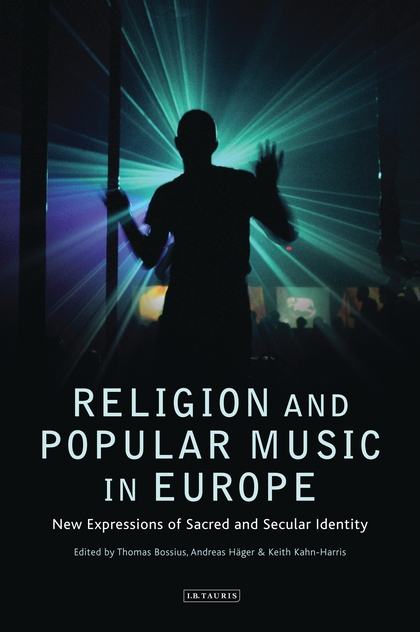 Music and religion have, throughout history, walked hand in hand. In the rites and rituals of small tribal religions, great world religions, and more recent New-Age and neo-heathen movements, different kinds of music have been used to celebrate the gods, express belief and help believers get in contact with the divine. This innovative book focuses on how mainstream and counter-cultural groups use religion and music to negotiate the challenges of modernisation and globalisation in the European context: a region under-explored by existing literature on the subject. With its internal ethnic diversity, ever-expanding borders and increasing differentiation, Europe has undergone massive dislocation in recent years. The authors show that, in the midst of such change, rock, pop and dance music may in their various forms be used by their practitioners as resources for new kinds of spiritual and religious identification, even as these forms are used as symbols of the deficiencies of secular society.

Focusing on Christianity, Judaism, Islam and New Religious Movements, the book explores such topics as Norwegian Black Metal and Neo-paganism, contemporary Jewish Music in the UK, the French hip hop scene, the musical thinking of Muslim convert Cat Stevens/Yusuf Islam and European dance music culture. It offers an ideal introduction to leading-edge thinking at the exciting interface of ‘music and religion’.

Andreas Häger
Jerusalem in Uppsala. Some Accounts of the Relationship Between a Christian Rock Group and its Congregation

Keith Kahn-Harris
Jews United and Divided by Music. Contemporary Jewish Music in the UK and America

Göran Larsson
The Return of Ziryab. Yusuf Islam on Music

Gry Mørk
Why Didn’t the Churches Begin to Burn a Thousand Years Earlier?

Deserving an Audience: The Limits of Scholarly Publishing

Jews United and Divided by Music: Contemporary Jewish Music in the UK and America