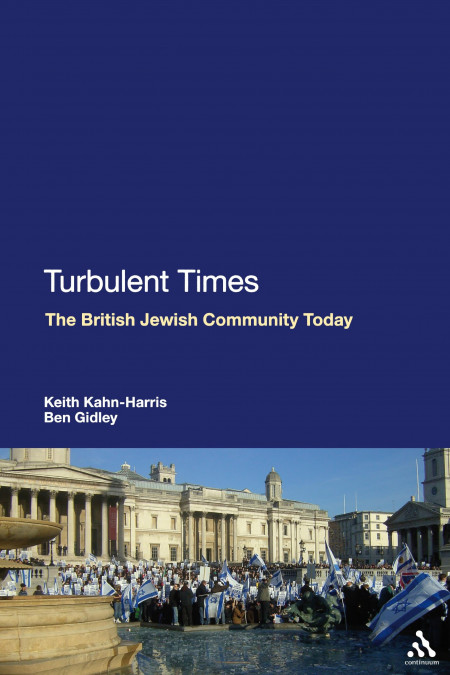 Keith Kahn-Harris and Ben Gidley contend that there has been a shift within Jewish communal discourse from a strategy of security, which emphasized Anglo-Jewry’s secure British belonging and citizenship, to a strategy of insecurity, which emphasizes the dangers and threats Jews face individually and communally. This shift is part of a process of renewal in the community that has led to something of a ‘Jewish renaissance’ in Britain.

Addressing key questions on the transitions in the history of Anglo-Jewish community and leadership, and tackling the concept of the ‘new antisemitism’, this important and timely study addresses the question: how has UK Jewry adapted from a shift from monoculturalism to multiculturalism?

Turbulent Times is probing and revelatory, offering exactly the kind of self-reflection any minority community needs in order to understand itself and consider its future…an important contribution to a much-needed debate

Identifying Anglo-Jewry's tendency to look inwards, rendering it slow to identify shifts both in wider British society and world Jewry, Kahn-Harris and Gidley draw parallels with currents beyond British shores. Theirs is a critical, reflective study, generally conscious of its limitations.

That a serious book about the Jewish community makes favourable reference to a project launched by Jewish Socialists and cites articles from this magazine would be reason enough to recommend it; but reassuring and gratifying as a bit of nakhes is, the book provides much more.

In this article, drawing on qualitative interviews and documentary analysis, we argue that the Jewish community in Britain has undergone a fundamental shift since 1990 from a ‘strategy of security’, a strategy of communal leadership based on emphasizing the secure British citizenship and belonging of the UK's Jews, to a ‘strategy of insecurity’, where the communal leadership instead stresses an excess of security among Anglo‐Jewry. We demonstrate this based on two case studies: of the Jewish renewal movement in the 1990s and the ‘new antisemitism’ phenomenon of the 2000s. We conclude that this shift is tied to the shift from a monocultural Britain to an officially multicultural one, and that therefore there are lessons that can be taken from it for the study of British and other multiculturalisms.

From Security to Insecurity: British Jewish Communal Leadership in the Context of Multiculturalism (Co-authored with Ben Gidley)

Don’t kvetch, celebrate: this is our golden age
Interview with Simon Round