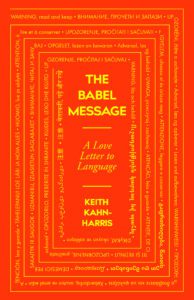 Inevitably, given the sheer number of languages in the book, it was difficult to spot errors. Feel free to contact me if you spot something and I will post corrections here.

Siôn Williams pointed out the problem with the following sentence (p. 202):

These languages have definitely died, although some of their ancestors might still walk among us.

As he correctly points out, it should read:

These languages have definitely died, although some of their descendants might still walk among us

Although not errors as such, there are some omissions in the book that I noticed too late to include in the final version:

Have you spotted an error in the book. Feel free to contact me to point it out!